What are the trains and other transportation methods compatible with the JR Pass (maps)?

Most of the national Japan Railways (JR) train network is included in the JR Pass.

In Tokyo for example, the circular Yamanote Line serves the main touristic areas (more than 30 stations) and is completely free with the JR Pass.

The ferry boat to Miyajima is also included in the JR Pass.

As for buses and coaches, only local buses are included, not the express buses or night buses.

Lastly, the fastest Shinkansen trains (Nozomi / Mizuho) are not included, but they are only a minority among the Japanese high speed trains choice.

Below is the Shinkansen network map in Japan, provided by our partner Kanpai (click on the picture to enlarge): 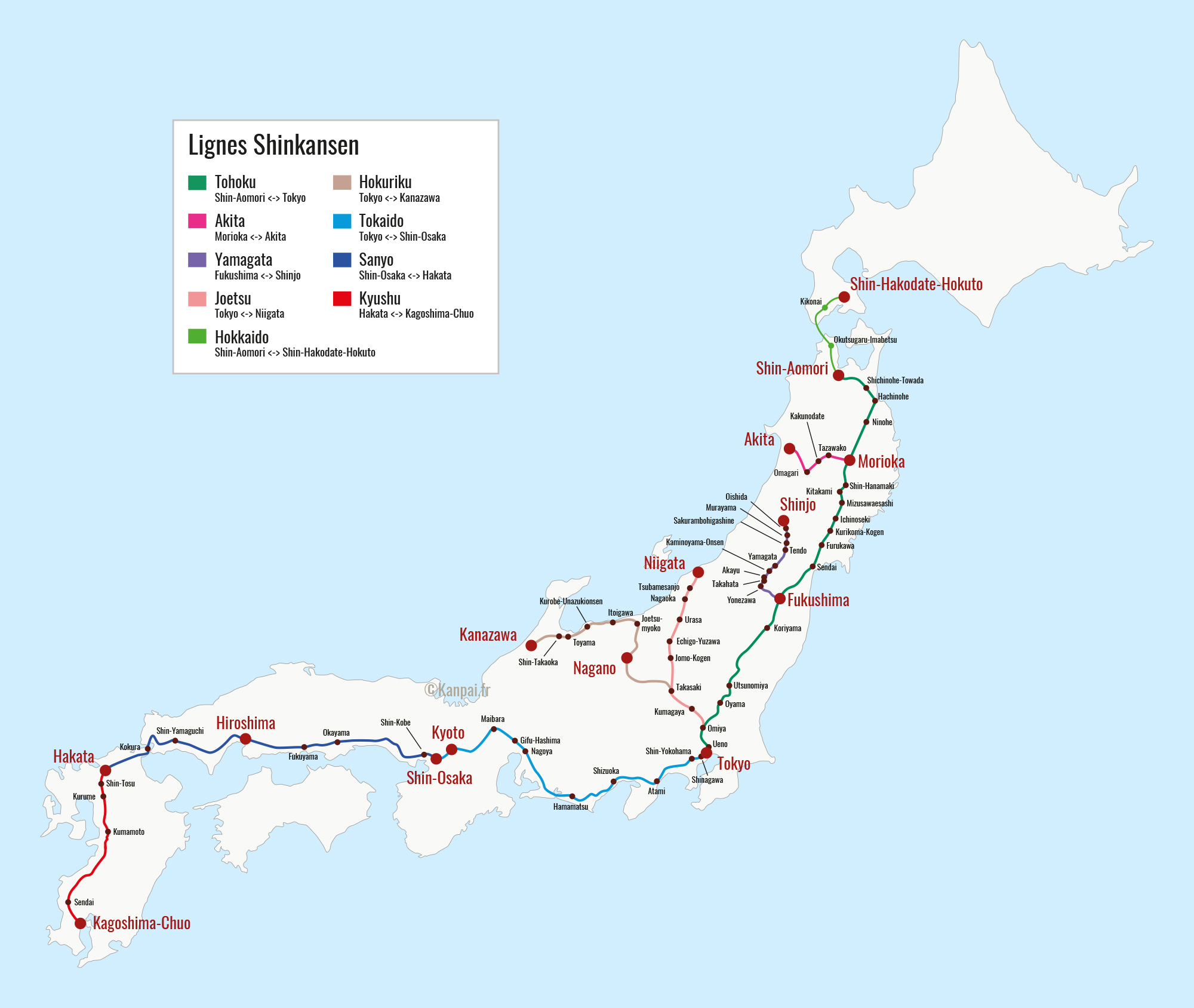 And the complete JR Trains network in Japan (click on the picture to enlarge): 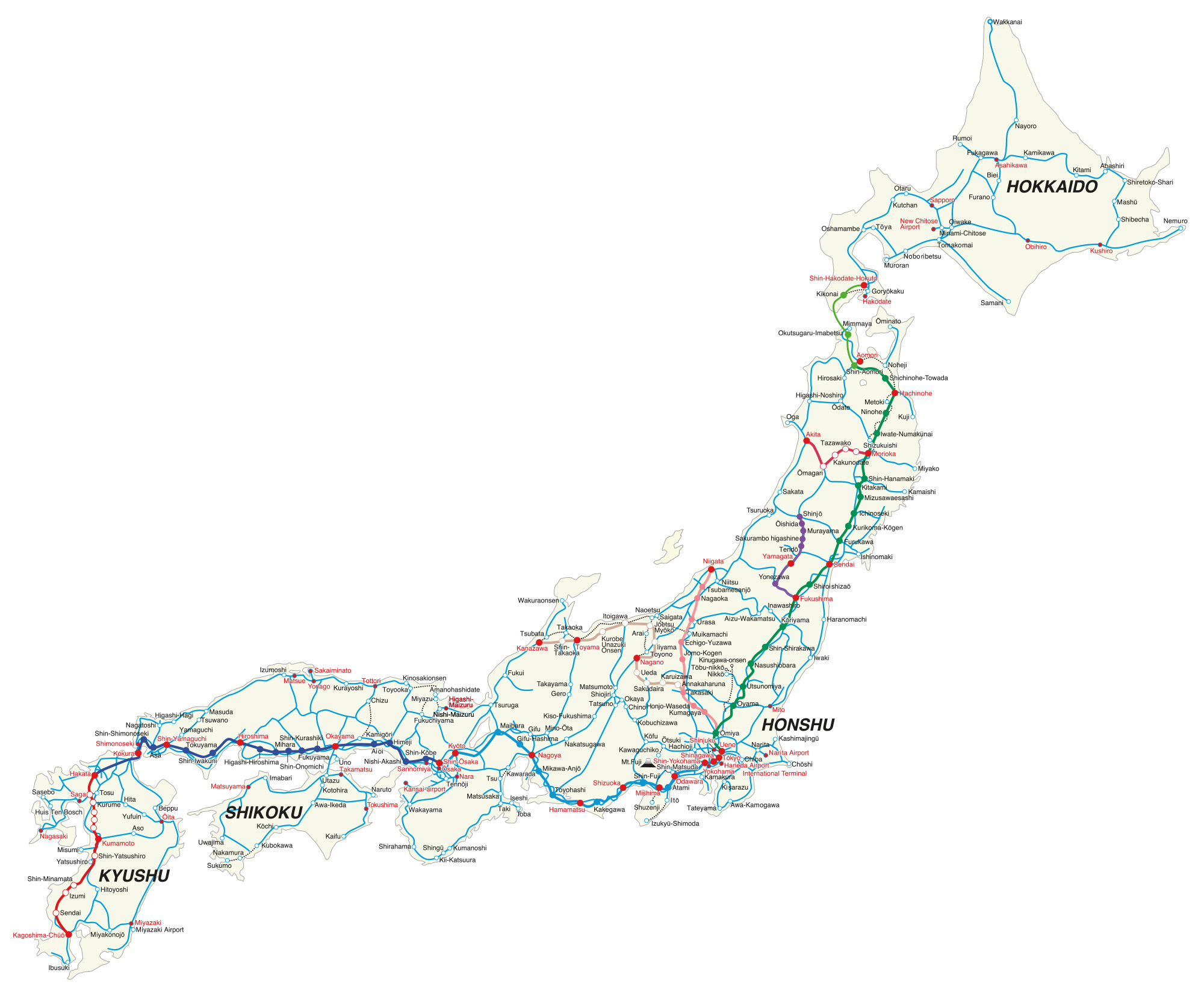 The regional JR Passes can be used only in specific areas (see the related pages), but the accessible transportation methods are the same as for the countrywide Japan Rail Pass.